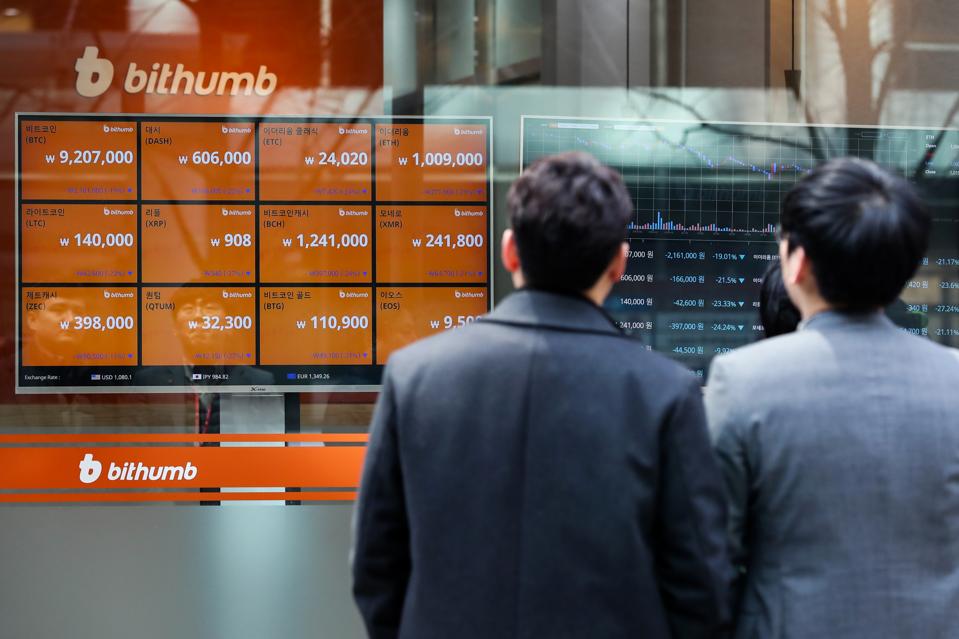 The drama ensuing around South Korea’s cryptocurrency regulations is as volatile as the market itself, no less considering the untimely death of a crypto policy director last week. Regulators have banned foreigners from the local exchanges, hinted at blanket bans on initial coin offerings, and even forced traders to open crypto accounts at brick-and-mortar banks, while the market waits to find out: Will the trade of cryptocurrency be banned completely?

Based on last week’s comments by Financial Supervisory Service Gov. Choe Heung-sik that Korea would begin to accept “normal transactions” of cryptocurrency, it would seem the coast is clear for traders to indulge in the thrill again. But the risk-hungry investors who made South Korea one of the largest markets for Bitcoin and Ether seem to have been laying low, not quite trusting that this is the final word: While the Korean won made up around one-third of Ethereum transactions in the summer 2017 heyday, it now makes up less than 5%, according to CryptoCompare.

The Korean won now makes up less than 5% of Ethereum trade.

Related reading on Forbes: Why South Korea Is Banning All Foreigners From Trading Cryptocurrency

Much of the uncertainty is owed to mounds of misunderstanding as financial regulators’ comments are often reported as enforceable law, such as ideas that ICOs were banned and that cryptocurrency exchanges would be shut down, says Steve Ahn, partner at Seum Law. “The regulators may interpret the law, enforce the law and propose changes to the law, but they do not make the law,” he says. Most measures would still take months to be finalized and enforced.

Perhaps in the end nothing is certain but death and taxes, per Benjamin Franklin’s insights, but the issue on the latter has yet to be cleared up. Let’s clarify some facts and myths that have made headlines in recent weeks:

A Crypto Regulator Died In His Home: Fact

The sudden death last week of Jung Ki-joon, a high-ranking official overseeing cryptocurrency policy coordination, at his home was enough to stir speculation that South Korean regulators would be thrown into disarray and suddenly change their ways. Indeed, it was only days later when FSS Gov. Choe said he’d promote crypto trade if it was legitimate.

But Jung’s death was highly unlikely to influence that outcome, as the apparently Jung — whose job was to compile various government agencies’ opinions on cryptocurrency ahead of weekly meetings — was one piece of a much larger bureaucracy. Sources say the government is working to quickly normalize operations and is not expected to skip a beat.

“There may be some delays, but I do not think there will be any big change in the government’s position just because one person is replaced,” notes Hoseok Jung, another partner at Seum Law.

The idea of banning initial coin offerings was first put on the table in September last year as the regulation task force began to set the tone for their attitude. Taking a page from China’s strict ban on initial coin offerings to deal with cases of fraud and speculative market overheating in South Korea, financial authorities published a lengthy draft of proposals that included banning the issuance of any new cryptocurrencies. Contrary to some mainstream media reports, the ICO ban never made it to legislation, nor has there been progress toward it.

But the fear and uncertainty have already taken their toll, with most Korean blockchain companies opting to set up in crypto havens like Switzerland, Gibraltar or Singapore. A ban on ICOs in Korea would then be futile. But Jung of Seum Law predicts if such a ban were implemented, it would likely forbid foreign units that Korean companies incorporate overseas to sell ICOs to Koreans.

Such a ban would be a major concern for blockchain innovation, which the South Korean government is trying to promote as a next-generation economic pillar. Companies may use blockchain tokens — such as a cryptocurrency — to raise funds for their projects, or to hold data or value that traditional rules may struggle to define. “Korea’s blockchain startups are likely to shrink because it is difficult to realistically separate ICOs and the blockchain business,” lawyer Jung says.

Regulators are reportedly considering certifications for cryptocurrency exchanges to curb ICOs, notes attorney Sim Changhyun of HMP Law’s tech and communications team. But he added the government is focusing more on regulating the exchanges as that is what concerns Koreans more, especially as the issue has become politicized ahead of by-elections.

“In my expectation, it does not seem the task force will take action to rule on ICOs until the end of the local election in June 2018. They seem very busy handling regulations on the exchanges alone,” Sim says.

After reports in late January that the government said it would collect up to 24.2% of corporate and local income taxes on profits gained through cryptocurrency, regulators scrambled to call out fake news by issuing a clarification that there were “no conclusions regarding cryptocurrency taxation measures.” But the damage had already been done, with the news widely reported.

The apparent misreporting was moot: Companies are already subject to the corporate and local tax for their cryptocurrency-related gains without the need of crypto-related amendments, notes Jung of Seum Law.More on Forbes: 5 Times Cryptocurrencies Rocked South Korea In 2017

The unknowns are how crypto transactions will be taxed between buyers and sellers, be it through value-added taxes or transaction taxes. South Korean authorities don’t recognize cryptocurrencies as either a form of money or a financial instrument, but if they want to tax crypto, they will have to legitimize it by amending the law. That won’t be an easy feat.

“A VAT or transaction tax can be only levied if there is a clear definition of cryptocurrency, but the legislation is taking time as the definition is in controversy,” Jung notes.

After weeks of speculation over whether or not regulators would crack down on cryptocurrency trade, Choe declared they were not considering a full ban, to investors’ cautious relief. Choe said he would even encourage commercial banks with an established cryptocurrency account system to work with exchanges that have security measures.“It is not a final decision, but the likelihood of banning crypto trading is expected to be quite low,” says Jung. “However, since the government has yet to announce whether it will bring virtual money into the system, it is very unlikely that financial institutions such as banks will directly engage in virtual currency trading or related business.”

The fact that regulators last month had paired financial institutions with the major crypto exchanges to establish real-name accounts could have been a signal that they were seeking to create a legitimate trading atmosphere. That effort would have been for naught if the endgame was to ban crypto trade altogether.

But with the history of back-and-forth, the local industry is wary of the government crying wolf. Sim notes that the moves were limited to four major exchanges, so a conflict might arise from the smaller exchanges as banks are hesitant to transact with them. “Therefore, the fate of crypto trade is still uncertain.”

Jinyoung Park contributed to this article.